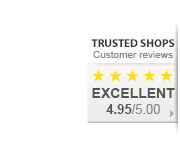 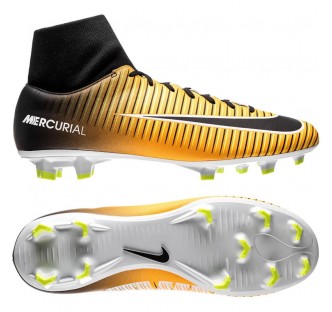 Upper packed with innovative details Victory VI is designed with an upper made from a thin, flexible synthetic material - giving you an almost barefoot feel. The upper has been given raised horizontal grooves, to increase the level of friction between the boot and the football. This way your attention and interaction with the boots is heightened. You get an improved touch on the ball and a closer, more precise and natural touch when dribbling, passing or shooting in high speed. The front part of the boot, has been designed with a low profile to allow you to get under the ball for even better shots and passes.

Dynamic Fit Collar gives the best possible fit The Dynamic Fit Collar is the part of the boot which continues above the ankles and looks similar to a sock. This extension of the football boot is one of the most significant changes and the sock.like desing adds to keeping your feet in place. It creates a feeling of the boot being an extension of your body and legs. Your attention towards your feet is heightened and the level of interaction with the football is significantly raised.

Stud system designed for acceleration and deceleration In the modern version of this beautiful game, much can be decided, if you can run and change directions quickly. An essential aspect in this, is that you can achieve a high speed within short time. A thing which is equally important but often forgotten, is if you can stop quickly enough. Nike has designed a completely new stud system with help from an advanced computer system. Pressure points and the flow of power was mapped. So was different forms, patterns and compositions - all being thoroughly analyzed. Nike found the ideal combination, and the studs were placed at different place where grip was needed the most. The studs are angled so they work as claws during acceleration and quick turns. They work equally effective when decelerating, which makes it easy for you to stop and change direction when you want. The outsole is made from TPU material, making it strong durable and stable.

This FG boot is made for firm ground surfaces such as natural grass.